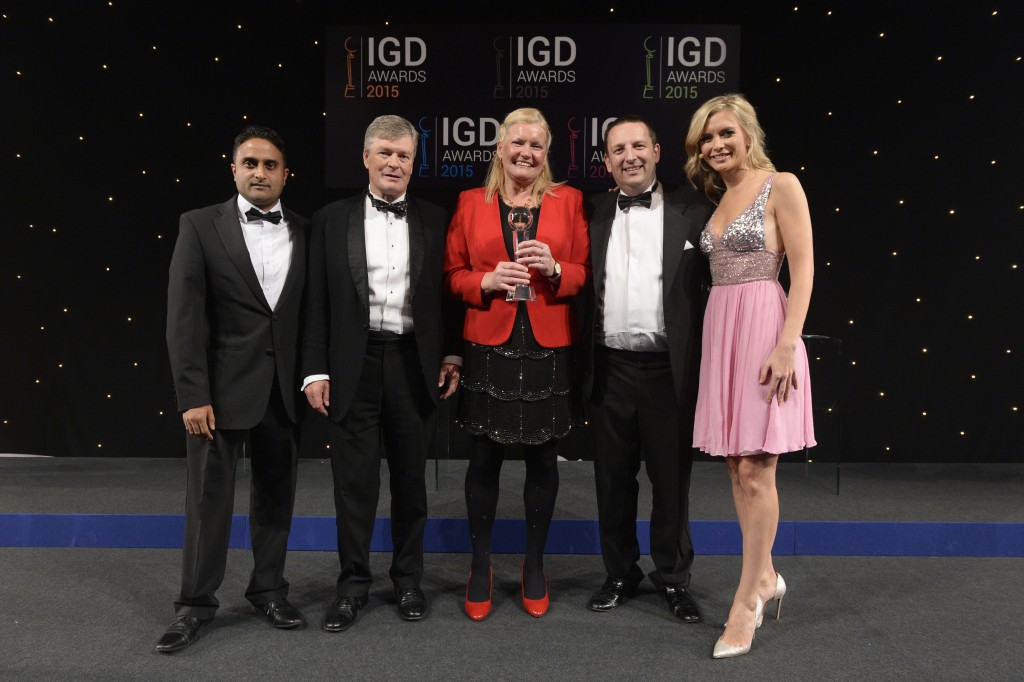 At the national awards ceremony in London the company was honoured for its groundbreaking new 4m high trailer, which carries 10 extra EU pallets. The extra capacity can eliminate 1 in every 4 truck journeys with huge savings in costs and significant environmental benefits.

This award had a high standard of entries with other finalists including companies such as ASDA and Nestle.

SOMI MD Pauline Dawes commented “this has taken 9 hard years of developing an idea to becoming reality and we are now in trials with major blue chip retailers so it was fantastic to receive such a vote of confidence from the wider industry and to compete on the same stage as some of the most respected and well-known companies in the UK.”

Mark Webber, MD of Tinsley Bridge Group added: “we are delighted to be the quality engineering partner of choice for SOMI and this national award clearly endorses the confidence the whole industry now has in this idea. There is now a clear opportunity to fully commercialise this concept to the benefit of the whole area.”

The project has been supported by Business Sheffield and James Lennon commented: “this is a tremendously important national award not easily won by smaller regional companies, so SOMI’s win with the Tinsley Bridge support is testimony to the strong heritage of innovative ideas and manufacturing excellence typical of this region. I look forward to continuing to work with them to capitalise on the national recognition this ground-breaking innovation has brought to the area.”

The judges said: “SOMI Trailers is a genuine innovator that has spent a number of years working tirelessly to ensure its feasibility; and has broken new ground in doing so. Their particular story is an inspirational one that demonstrates perseverance, excellence and innovation in its truest form.”